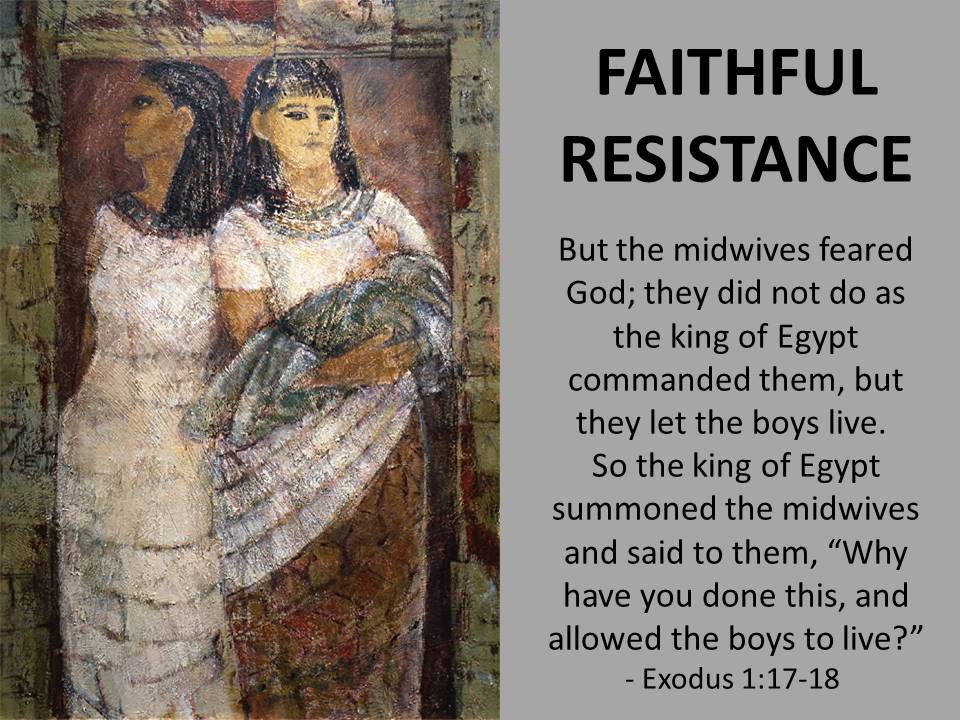 If I were to ask you, “who were Shiphrah and Puah, and what did they do?” would you know the answer?  If not here is a hint: these two women played an extremely important role in the liberation of God’s people from slavery in Egypt as told in the biblical book of Exodus.  If you are still stumped don’t look for help in the very long, classic 1957 movie, The Ten Commandments, the one where Charlton Heston played Moses, because Shiphrah and Puah don’t appear there.  Apparently the courageous resistance of these two women wasn’t considered an essential part of the plot, not that this is entirely surprising.   In the normal human way of recording history, it is the deeds of the mighty and powerful that are usually remembered, while the common people, especially women, are forgotten.   But in this Sunday’s scripture (Exodus 1: the opposite is the case.  The names of two humble women, Shiphrah and Puah are remembered and their courage celebrated, while the tyrant they opposed, the mighty King of Egypt, the Pharaoh, remains nameless.  Their faithful resistance to injustice is one of many examples from scripture we can and should draw upon for guidance and inspiration.

To listen to audio of this message, click on “Faithful Resistance”

Adaptive Change Questions for this week:    What are our core values?  What do we need to hold onto about our life and mission even if we change other things?